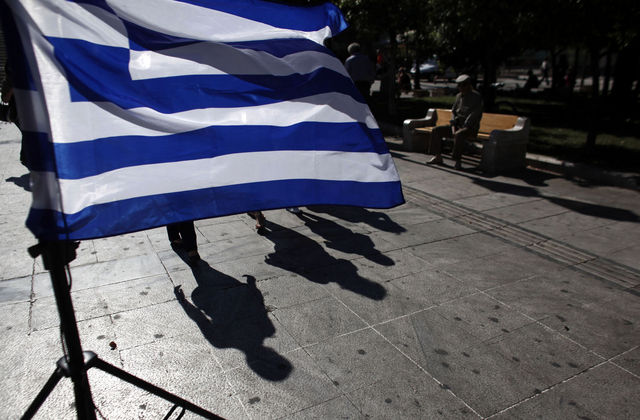 From the June 2012 elections until now, the public dialogue in Greece was monopolized by issues related to the disbursement of a large tranche of the EU-ECB-IMF loan to Greece, and the additional measures that would follow with the associated “Memorandum III”. On these issues the two “new political camps” of pro and anti–memorandum, which have replaced – at least so far – the domestic two-party system, positioned themselves clearly. The tranche disbursement a few days ago essentially kept the government alive, strengthened the Prime Minister’s personal approval, and weakened the anti-memorandum rhetoric.

With the media reporting huge amounts of money coming in the country as a result of the deal and praises to the government by the foreign press, and with the sudden crisis in the Independent Greeks party, which indirectly affects SYRIZA as well, the anti-memorandum front is facing its most considerable losses since its inception. The percentage difference between the two leading parties is falling significantly in favor of New Democracy (ND), public support for the Euro is returning to the high levels of the election period, and the Prime Minister now enjoys a wide lead in terms of job approval against the leader of the main opposition.

Moreover, both political leaders, Antonis Samaras and Alexis Tsipras, have higher approval ratings than their parties. Samaras’ “more appropriate for Prime Minister” number is 46% – versus the 21.5% that ND earns in the voting intention question – with 25 out of these 46 percentage points coming from non-ND voters. This element of multi-party support and approval for the Prime Minister is a new parameter, important for upcoming political developments. Similarly, Tsipras shows higher approval than his party (the corresponding numbers are 31% versus 22%) because he dominates in the younger parts of the electoral body and in the social policy agenda, as he is a young political figure and cannot be blamed for the country’s political failures or for administering “memorandum”-dictated policies.

Thus, despite the Prime Minister’s success in the field of Western alliances for the country’s future in the Eurozone, the public’s overall satisfaction with the government in 2012 is very low. And when it comes to the big issues of the 2013 agenda, again the government appears unprepared to deliver on its duties.

As a result, the public opinion emphatically demands improvement of government performance in the following five areas:

1. An administration that secures the viability of the nation; not of the political parties

2. Immediate results in the fight against tax evasion

3. Investments that will open the domestic market and create jobs

4. Fight corruption in the public sector

5. Welfare state with viable public social security and health care systems, which do not exclude

If the government loses this bet and fails, the last two years’ luxury of “business-as-usual” will not be there. Neither it is true that 2013 will offer land for a “greenhouse” of party experimentations. Facing the bankruptcy of the country, Greeks will choose radical change.